"The Mechanisms of Consequence" 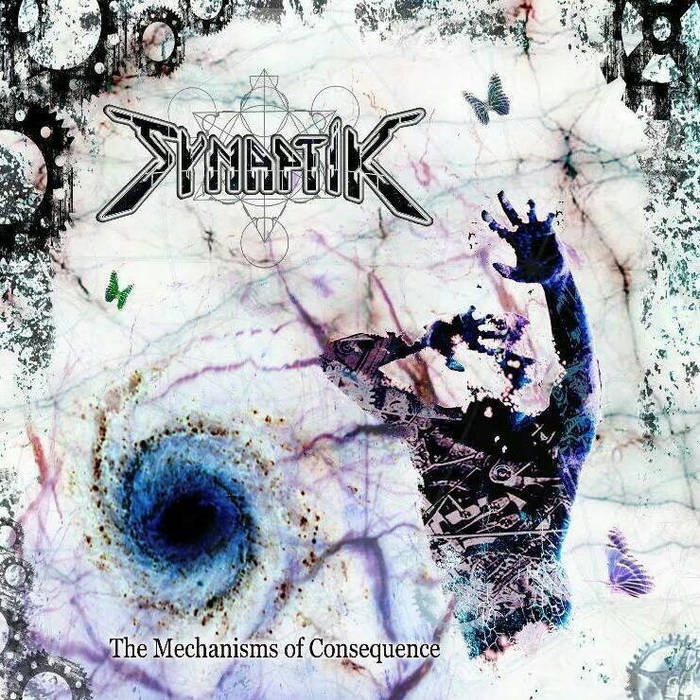 CD version of this digital sale is available from our store above.
The new remixed and remastered version of "The Mechanisms of Consequence" is available on all good digital store. Worldwide.
and as a bonus disc on the American version of Synaptik's new album "Justify & Reason"
Out March 10th 2017

The critically acclaimed debut album from UK Progressive Metal Band SYNAPTIK
“The Mechanisms of Consequence” is an
album that impresses from the first to the last
song with its mix of emotion, aggression, heavy
guitars & melodic vocal style. Founded in
eastern England in 2012 by brothers John and
Ian Knight, SynaptiK passionately connect
Progressive Metal with Death/Thrash Metal,
melody with brutality on their debut album.
Carried by John`s voice and words which draw
their inspiration from personal experiences,
human emotion and world events SynaptiK can
be found in the intersection of such big names
as Nevermore, Hades, Atheist and Psychotic
Waltz.
Ranging from the heavy opener “Truths That
Wake” to “Your Cold Dead Trace” featuring
Alan Tecchio (ex Hades / Watchtower) as guest
vocalist whose contribution creates a chorus
that implants itself in your head and
refuses to leave, to the atmospheric and
dynamic “As I Am, As I Was “.

SYNAPTIK is a British heavy metal band from the East Coast of England. Formed in 2012, known to
incorporate elements from styles such as thrash, power, progressive.
Synaptik aren’t afraid to mix up the influences and certainly don’t fear melody with their heavier than
a black hole riffage and dynamic vocals, death metal aggressiveness with a progressive, melodic
outlook. They draw on influences old and new to create a mutant hybrid sound-scape that makes
them stand out.
Musical Leaning: Heavy metal, Thrash metal, Death metal, Progressive metal, Power metal, Tech
metal, Metal metal & rock, and classical, jazz.

“SYNAPTIK combines the attack of melodic death metal with the deadly subtlety of progressive metal. The band comes with a remarkable pedigree and features members who count Bloodstock Festival, Download festival appearances and guest slots with the likes of Exodus, Skyclad and Iron Maiden amongst their achievements. Expect a dizzying double-barreled assault of intricate melody and sheer power”
M..J (Powerplay Magazine)

www.synaptikmetal.com/reviews - see why you should own this album

“A perfect storm of metal aggression and
technical precision. The Mechanisms of
Consequence is one of those albums that has
the potential to win over converts from multiple
genres. Synaptik is a band you’re going to want
to check out.”
Justin Gaines Senior Columnist.
Hardrock Haven Rating: 8/10
“Synaptik are the best new British metal band
you’ve never heard. But on the evidence of
this album, that’s going to change very soon, a
near-as-damn-it perfect modern metal band”
Marcus Jervis (Powerplay Magazine UK)
9/10

Please note, that as on today, all physical merchandise will be for sale through our SYNAPTIK STORE.

New shirts, new album and lots of other bargains - subscribe and get even more off. ... more

Bandcamp Daily  your guide to the world of Bandcamp

cktrl talks about heartbreak and his new record 'Robyn'